An Empirical Analysis of the Effects of Exports and Imports on Inflation: The Period of 1971-2019

The concept of inflation has been a frequently discussed issue in the economics literature, as it affects many economic indicators. According to economic doctrines, inflation may occur for various reasons and it is accepted as an important data as it affects the resource allocation. In the economics literature, some approaches explain inflation as supply-side, while others explain it as demand-side. Assumptions regarding inflation on the demand side argue that exports and imports which are the most important indicators of international economic relations may have an increasing or decreasing effect on inflation, as they affect aggregate demand.In this study, it is aimed to investigate the effects of export and import over inflation empirically in Turkish economy for the period 1971-2019. In this line with the purpose of study, ADF unit root, VAR analysis and Johansen cointegration tests are used. According to the findings obtained, the series in the model are co-integrated. In other words, the series in the model move together in the long run. Additionally, the export variable has a positive and statistically significant effect on inflation, while the import variable has a negative and statistically significant effect on inflation. 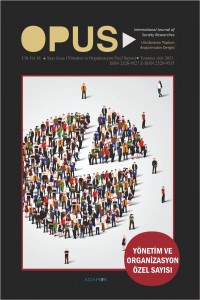