Investigations on Isolation and Characterisation of Unicellular Cyanobacteria in Uzungöl and Cernek Lakes, Samsun, Türkiye

Isolation of unicellular cyanobacteria as pure cultures were carried out from the water samples collected from Uzungöl and Cernek lakes in Kızılırmak delta, Bafra, Samsun. Diluted water samples were spread onto a solid BG11 medium which was positively selective for cyanobacteria and isolated single colonies were observed after incubation under continuous light. Twenty colonies composed of unicellular cells were selected as unicellular isolates. These single colonies from each isolates were transferred into a liquid BG11 medium to grow as liquid cultures under continuous light. Characteristics of the cells in liquid cultures of each isolate were used to ıdentify subsection and form-genus of Cyanobacteria they might be included. The results showed that all the isolates were settled in Subsection 1 and form-genus Synechococcus. To support this identification, genomic DNAs were isolated from each of the isolates, 16S rRNA gene regions were amplified, and each amplicon was digested with EcoRI. Restriction fragment lengths were found to be consistent with those of the standard cyanobacterial strain Synechococcus sp. PCC7942. Since restriction fragment lengths and cultural characteristics were consistent, all the isolates were, therefore, evaluated to be included into Subsection 1 and form-genus Synechococcus. 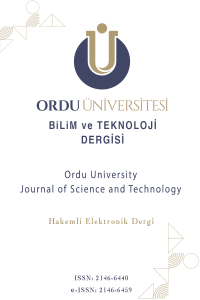