The Relationship of Politics and Science Among XVIth. Century Ottoman Ulema: The Example of Birgivi

XVI. The century covers a period in which Ottoman thought took its classical form. Along with the Iznik Madrasa, the Ottomans had a close relationship with scientific basins such as Transoxiana and Egypt. After the XV th. century, they gained their own identity in the field of science and thought. As a XVI th. century scholar, the thought that Birgivî produced compared to his contemporaries Ebussuûd and Çivizâde was also related to the fact that he was not a bureaucrat. His distance from the administration and his negative attitude towards politics are mostly based on the experience he gained during his service as a qassâm asqery. It is known that he warned Sokullu Mehmed Pasha about some issues. The main issue that draws him to the fore in the relationship between politics and science is his objection to the money foundation. He had an argument with Ebussuud about this issue. In the classification of science, Birgivî's classification in Tarîka, which is understood to have been influenced by Gazzali, differs from the classical classifications. His cautious approach to theology and his disapproval of medical science and treatment are undoubtedly positioned as a reflection of his understanding of asceticism and mysticism. This study aims to reveal Birgivi's attitude towards the Ottoman administration and scientific accumulation, and to approach the ulema-politics link in the scientific circle. 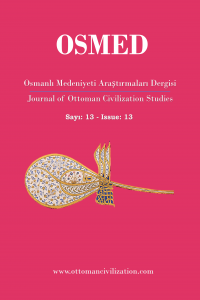