Ibn ʿAmmār al‐Andalusī lived in Andalusia during the ʿAbbādids period and was a vizier and poet in this state. The poet went to the city of Silves in his childhood, then went to Cordova and completed his education. After his experience with Cordova, he traveled to various kingdoms to earn money. Finally, Ibn ʿAmmār, who came across al-Mu'tadid, entered the palace as a poet thanks to the qasidat al-Raiyyah he said to him. After the death of al-Mu'tadid, he became a vizier in the palace. Ibn ʿAmmār, who achieved many political successes during the al-Mu'tamid period. Then he was killed due to various events. His poetry was generally composed of satire, boasting, apology and obscene ghazals. The poet also has poems about the depiction of nature. In this study, the poems of the poet about the depiction of nature were examined. The poet's praise, reward, generosity, separation from love, longing for homeland, suffering and suffering etc. It is tried to be expressed how he describes the situations in his poems by using the elements of nature. In the study, the life of Ibn ʿAmmār is mentioned. Then drawing the general framework of the nature depiction, the main subject of the study is how the poet handles the elements of nature. 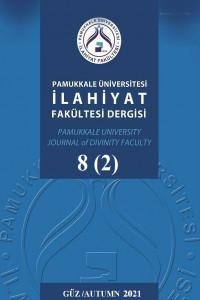