Live coding is the dynamic process of modifying the source code of a running software that generates sound or visuals (Collins, 2011; Collins et al., 2003; Collins & Escrivan Rincón, 2011; Nilson, 2007). It is an emerging laptop performance paradigm that is used in many art scenes and research practices in the digital arts and contemporary musical scenes, such as Computer Music, Electroacoustic performance and the broad landscape of Sonic/Sound Art, as well as in the Algorave community, a live music idiom broadly referring to the creation of dance music using live coding to hack music which interacts with visuals. In the context of Electroacoustic music, it provides an ideal interface for experimentation as it allows one to improvise the structure of algorithms that constitute the sound synthesis engine of a computer-based musical environment, and thus releases the performer from constraints and limitations from fixed interaction possibilities. This not only relates on the interactivity capabilities of a digital system, but also has a great impact on the higher level musical characteristics of a composition, as opposed to other paradigms of live electronic music. This artistic practice, enacted by the technical act of programming, is deployed by the coder/performer as a means to create indeterministic sonic manipulations informed by his/her aesthetic musical decisions during improvisation. Interestingly, live coding also contributes to the question of causality in the performance of electronic music. One can argue that live coding addresses this issue by inviting the audience to engage in the live process via visualizing the alteration of the structure of the code in real time, enhancing the sense of liveness during improvisation. While live coding merely indicates the techne of devising sound algorithms “on the fly,” it spans many diverse ecosystems in a live electronic music landscape. Live coding also heralds the emergence of dedicated artistic communities, such as the Algorave and Toplap organization, referred as the “home of live coding”. Toplap hosts new findings and projects, while a dedicated conference named International Conference on Live Coding is inviting new research internationally, highlighting new tools and practices in the field. The author will report his own research in the field of live coding, reflecting on two personal ongoing projects: the Istanbul Coding Ensemble (ICE), a laptop ensemble working in the field of dynamic programming and improvisation using networked music systems, and an Algorave side project given the alias Chunk No_Reace. 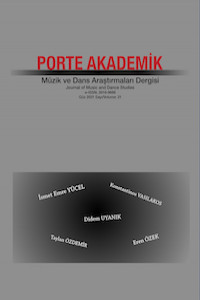