In this study, the button inner core part produced by plastic injection molding technique is discussed. Shrinkage (dimensional shrinkage) occurs in the examined part after a certain period from the production stage; thus, problems arise in the assembly of the part. In order to minimize the shrinkage amount, a total of 7 factors, including 1 factor with 6 levels and 6 factors with 3 levels, were determined and Taguchi method was used to determine their appropriate factor levels. Experiments were designed and applied using L18, which is one of the Taguchi orthogonal arrays. The results of these experiments were analyzed and the appropriate levels of the factors were determined. The validity of the obtained result was confirmed by performing a verification experiment. 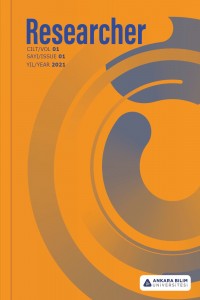