Scientific Approaches to Verses about the Earth

The scientific hermeneutical approach came to the forefront especially after some circles attributed the advancement of the West in science and technology, and the Islamic world’s falling behind to the religion and Islam. It was claimed that many issues revealed by scientific research were expressed in the Quran directly or indirectly and that the Quran was understood better and more correctly through such scientific research; many volumes of books of commentaries (tafsir) were written to interpret the Quran based on encyclopedic knowledge related to a wide range of issues.

After the process of the use of scientific data in commentaries is mentioned briefly, some interpretations related to the verses on the earth (ard) will be mentioned and they will be criticized under the light of language, context and the interpretations by the Companions (Sahaba) and the generation that came after them (Tabiun) in this study. The interpretations of Sahaba and Tabiun will be based on Abu Ja‘far Muhammad b. Jarir at-Tabari’s (d. 310/923) work called Jami‘ul-Bayan ‘an ta’wili Ayil-Qur’an. 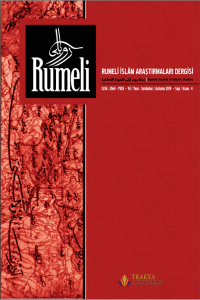