Terms Used to Refer to Forged Reports in the Ḥadīth Literature

One of the most important subject matters studied within the science of Ḥadīth is with regards to the forged reports which are forged and then intentionally attributed to the Prophet. Ḥadīth critics have drawn attention to the matter early on and made efforts to differentiate authentic reports from the forged and the weak reports, producing numerous works on the subject. Initially, forged reports were studied mostly as part of criticism on the reporters in biographical dictionaries. By the end of the fifth century of the Hijra, however, they began to be compiled in separate works, arranged either thematically or alphabetically. It is true that forged reports are often referred to using the term mawḍūʿ (forged). However, a close examination of the relevant works reveals that various other terms were made use of as well. On the basis of an analysis of the early biographical dictionaries and works on forgery (mawḍūʿāt), the present study explores the terms used other than the term mawḍūʿ, their origin, the meanings assigned to them, the periods in which these terms were introduced for the first time, and their usage in the forgery literature. It concludes that besides the term mawḍūʿ, various other terms such maʿmūl, muftarā, bāṭil, kaḏib, maṣnūʿ, lā aṣle lehi lā yaṣiḥḥu and muḥtalaq were also made use of to refer to forged reports while some others were used to refer to both weak and forged reports. 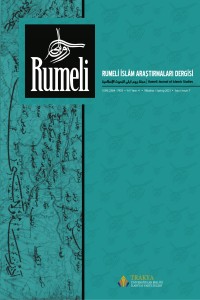