Since its establisment in 1878, Bulgaria has aimed to create a homogeneous nation. For this purpose, Bulgaria strived to assimilate the minorities in the country who lived peacefully under Ottoman rule for centuries. This assimilation policy in Bulgaria was carried out in a planned and insidious manner. After the assimilation of minor minorities such as Mecedonians, Pomaks and Romany, the assimilation of Turks with the largest population started. First of all, the schools of the Turks were nationalized, their lands were taken away, religion courses were removed in schools and mosques were closed. Turks were tried to be removed from their traditions and customs. Facing this despotism, Turks migrated to Turkey massively twice in 1950 and between 1969-1978. In December 1984, the leaders of the Bulgarian Communist Party launched the Re-birth Process/, which claims that the Turks in Bulgaria were originally Bulgarians. Until March 1985, they changed the names of all the Turks, who made up about 10% of the Bulgarian population, with Bulgarian names. Speaking Turkish, going to the mosque, circumcising the children, sacrificing, in short, all the religious rituals, traditions and customs belonging to the Turks were banned. The Turks who resisted the assimilation policies were sent to prisons, concentration camps and exiles. Turkey reacted to the brutality that occurred in Bulgaria. Our people organized demonstrations and protest demonstrations in the major provinces of our country. The Republic of Turkey has made attempts to stop the assimilation of our compatriots in Bulgaria referring to many international organizations. In May 1989, protests against the injustice in Bulgaria began and shortly after Bulgarian Communist Party officials gave permission for our compatriots to emigrate toTurkey. Since June 2, 1989, our compatriots have abandoned the land they know as their homeland for hundreds of years and emigrated to Turkey. 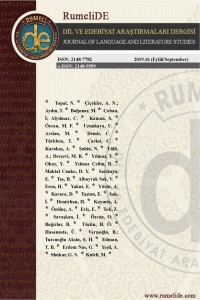