Caryl Churchill’s plays thematically embody elements of many -isms such as feminism, sexism, capitalism, and socialism, labeling her dramaturgy as an eclectic combination of social philosophies and political ideologies. Although genuinely creative and original in her writing and theatrical practices, Caryl Churchill does not refrain from making use of preceding European theatrical theory, practice, and culture. In this sense, she is a playwright who benefits considerably from the thematic and technical aspects of the Brechtian epic theatre, which can be observed in her Mad Forest. Sarah Kane, on the other hand, with her experimental dramaturgy that stretches and twists features of realism and naturalism into new post-dramatic forms, is no less different from her predecessor Caryl Churchill in terms of embracing challenging, confrontational ideas and reflecting them in her plays. Notwithstanding with her openness to novel dramatic styles, Sarah Kane, too, acknowledges earlier dramatic aesthetics as seen in her Phaedra’s Love, which is an adaptation of the classical Roman playwright Seneca’s Phaedra. Likewise, it can be observed that Sarah Kane utilizes certain features of the Brechtian epic theater in her Cleansed. Considering these, this article studies how and to what extent Caryl Churchill and Sarah Kane maintain the Brechtian dramatic elements in their Mad Forest and Cleansed, respectively. By examining this tripartite interaction among Bertolt Brecht, Caryl Churchill and Sarah Kane, the study also tries to reinterpret the dramatic relations among these seemingly distant playwrights of different generations. 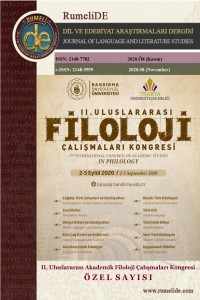