The Adaptation of the spiritual sensitivity scale into Turkish: A validity and reliability study

In recent years, it has frequently been discussed that spirituality and the spiritual aspect of the individuals are ignored in the field of education. In addition, it is still debated whether spirituality is a separate concept from religion or not. The current study aimed to adapt the Spiritual Sensitivity Scale (Tirri, Nokelainen, & Ubani, 2006) to Turkish to contribute to spirituality-related studies in the national literature. The current study was carried out with the approval of the Human Subject Ethics Committee, dated 01.12.2021 and numbered 28620816/, obtained from the Applied Ethics Research Center of METU. The original form of the scale, which consists of eleven questions in total, consists of four dimensions. Exploratory (n=300) and confirmatory (n=340) factor analyzes were performed on the Turkish version of the Spiritual Sensitivity Scale in the adaptation process. Exploratory factor analysis showed that the 11-item Turkish form of the scale explained 53.49% of the total variance with a three-factor structure. First-order and second-order confirmatory factor analysis results of the model with three factors (Awareness and mystery sensitivity, Value sensitivity and Community sensitivity) obtained in the exploratory factor analysis indicated that the model was confirmed. The Cronbach's alpha internal consistency coefficient for the Turkish version of the scale was .85 for the whole scale. The research finally revealed that the Turkish version of the Spiritual Sensitivity Scale is a valid and reliable measurement tool to measure the spiritual sensitivity of individuals. Hopefully, the scale will contribute to research in psychological counseling, education, theology, and many other fields. 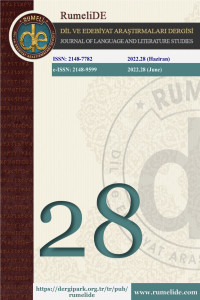