There is no structure from the Byzantine period in Sivas, which was known as Sebasteia in the Roman and Byzantine periods, that has survived to the present day. What we know about the Byzantine period of the region is limited to the archaeological data either conveyed by the travelers or revealed as a result of surveys and excavations. The Relic Cult, which has an important place in Christianity, also appears in ancient times and in Jewish belief. The bodies of saints and martyrs and every object that came into contact with their bodies were accepted as relics and these objects were preserved in relics. Since the relics are related to holy persons, it was believed to have both a protective power and a healing power. The subject of the study is the sarcophagus-shaped relics in the Sivas Archeology Museum. In this context, the relics in Sivas Archeology Museum were documented with photographs, their drawings were made and their comparative evaluation with similar examples in Anatolia was made. 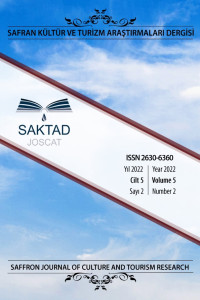