Abu Bakr Efendi is a nineteenth-century Kurdish scholar in South Africa. In the reign of  the Ottoman Sultan Abdulaziz (1830-1876) he as a prominent scholar and religious guide was sent to South Africa in 1862 in order to educate the Muslims. Abu Bakr Efendi passed away in Cape Town in 1880. In this article, we deal with life and works of  Abu Bakr Efendi and try to answer these these questions. Why did he migrate from  Shaqlawa to Erzurum with his family? What was his mission in Erzurum? Then, why did he go to İstanbul and how was he sent to South Africa? This is the first time an article related to Abu Bakr Efendi prepared in Kurmanji Kurdish. Up to now, in Turkish many researches have been done on him. A novel was written and a symposiums was held on him. Unfortunately, because of his migration from Shaqlawa to Erzurum, many Turkish sources mistakenly identified him as Turkish. In this regard, this article discusses his identity, too. 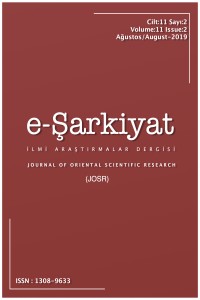