Reexamining the Concept of “Hybrid Wars” from the “New Wars” Perspective

Today, states resort to hybrid methods in order to circumvent existing rules of law within the scope of the use of force. States' use of hybrid techniques offers them the option of using their power in the most effective way without causing major human casualties and financial losses that they would suffer in conventional warfare. With the hybrid operation concept, which does not have a prominent center of gravity, states end conflicts when they reach their political interests. In this respect, although hybrid operations do not replace conventional wars, they are used as an important force multiplier for states and non-state actors due to the opportunities they provide. Considering that future armed conflicts or unarmed means of pressure will be used in this perspective, evaluations have been made to examine the operation strategy of the Russian Federation in the Ukraine Crisis and the hybrid tactics used. As a result; during the implementation of the hybrid strategy, it can be said that there are some alarming situations that should be taken into account due to the fact that the operation is carried out in the gray areas between peace and war, the use of civilian forces, and asymmetric and indirect methods are used. However, many methods and tactics that are used in conventional warfare are continued to be used in a hybrid operation environment. Therefore, it should never be neglected that conventional warfare is always in the realm of possibility alongside hybrid operations. 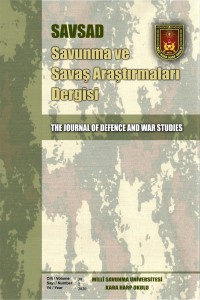