An Example of Endeavor to Form a Corporate Standard During Mahmud II Era: Interpreting Two Documents about the Army

It is known that Mahmud II formed a new army similar to the armies in Europe after his bloody elimination of the Janissary Corps in 1826. This army, called Asâkir-i Mansûre-i Muhammadiye (Victorious Soldiers of Muhammed) which continued to change its name and system over time, was aimed to be a trained force that fought by adopting the warfare procedures and techniques of its time. In the Asâkir-i Mansûre-i Muhammadiye Law,inspired by Nizam-i Cedid Army law, why the new army was founded, its order and administrative structure were explained. In this study, the promotion procedures in Mansûre Army were briefly mentioned in the first place. What the qualifications/standards that the Ottoman soldier had to have in order to promote within the military hierarchy after the first establishment of the army were discussed. Finally, although not knowing / determining the exact dates, inferences were made about the promotion standards that were formed for the new army, based on two different documents which we believe to be from Mahmud II era. The first document analyzed mentions what qualifications the soldiers with the ranks from corporal to major must have and what the minimum amount of time that certain ranks must serve is in order to be promoted. Our second document is a unit/staff book that can be portrayed as a limited talent analysis. It is thought that this book is one of the first examples of records held by the military bureaucracy and is prepared regarding promotions. 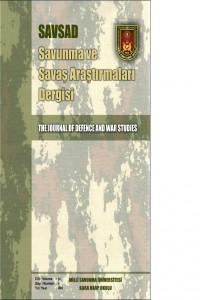