Terrorism has always been a threat to the security with its strategies, methods, motivational factors, and attacks. In order to ensure security and maintain stability, measures should be taken in all fields. The causes of terrorism, especially in military, economic, social, and political areas, should be eliminated, and the activities of terrorist organizations should be neutralized.
To combat terrorism, states adopt different strategies and regulations. In this context; The United Kingdom, made fundamental rearrangements in their counterterrorism strategies after the 9/11 attacks. It is seen that, with the new regulations, the United Kingdom has showed a proactive approach, developed measures, and affected the counterterrorism strategies of the other countries. In this study, it is aimed to reveal the effects of the measures taken by analyzing the regulations made by the United Kingdom. The comparative analysis method is applied by pointing out the regulations made by the United Kingdom before and after the 9/11 attacks. The data were obtained by document analysis. In consequence, it is emphasized that in democracies; a fine line between security and fundamental freedoms must be threaded on the basis of having the necessary legal powers to counter threats and to ensure their appropriate and proportionate use. 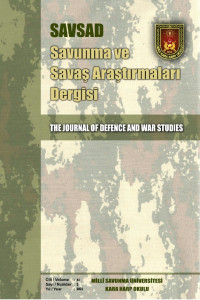