Many behaviors of human being, who is a social being, in the organization are affected by the social network connections. The aim of this study is to reveal whether the social network connections of the actor in the organization have an effect on individual performance, which can be considered as the antecedent of many behavioral variables in the management and organization research literature. The absence of a holistic study in the literature that deals with positive and negative social network connections together constitutes the originality of the study, and it is considered that both the methodology and the theoretical infrastructure of the study will contribute to the literature. The social network of the study consists of 37 academicians working in a faculty affiliated to the university operating in Ankara Province. Within the scope of the study, first the network mechanism of the actors was revealed with the UCINET program, then the individual performance scores of the actors, which were measured regularly within the framework of the criteria determined by the university, and the network analysis obtained. Correlation and regression analyzes were performed to reveal the relationship between the findings through the SPSS program. As a result of the analyzes, quite remarkable results were obtained. Accordingly, it was determined that the performance scores of the central actor with positive social network connections, in other words, the most liked actor in the network, were low; it was determined that the actor with the most negative social network connections was the actor with the highest individual performance score. 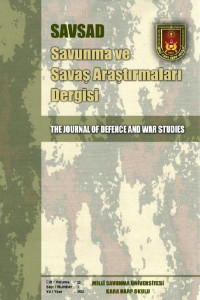