This study aims to evaluate teachers' perceptions of protected children and the positive and negative aspects of their relationship with children's academic achievement. In this study, in which qualitative research method was used, a demographic information form created by the researcher and a form consisting of semi-structured interview questions were used to understand teachers’ perceptions of the children under protection. The study group of research consists of 25 teachers working in the school where the children under protection are studying. Data analysis is based on the interview notes obtained as a result of face-to-face and in-depth interviews with the teachers from different branches. In this context, sub-themes were created using the content analysis method and the findings obtained from the interviews were presented for discussion.
With the research, it has been concluded that the teachers have partial awareness of children that the children under protection exclude themselves from other children, that there no major problems in morality, behavior and respect of children under protection, but their academic success is found as insufficient.
It has been concluded that the children under protection can be affected positively or negatively by their friends in the same environment, they do not have an authoritarian power like the family, and the children who stay with their families are less successful in academic terms because they cannot receive the support and trust they receive from the families. 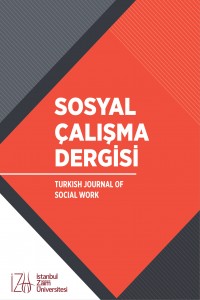