A Study On The Course Of Cinema In Mardin

Cinema started to widespread in Anatolia after the Second Constitutional. It became an important cultural element in the social field with the Halkevi cinemas after the proclamation of the Republic. In this study, the phenomenon of cinema in Mardin between the years of 1960-1975 will be evaluated over the movie theathers, exhibition and movie-going experiences of the period. In this context, firstly, the date of the first movie screening and movie theather in Mardin will be find out. Secondly, the number of movie theaters opened in the following years, their technical and ergonomic conditions, the interest of Mardin people in cinema will be examined. Finaly, the films that watched, the news of local cinema and the place of the cinema in daily life will be analyzed. 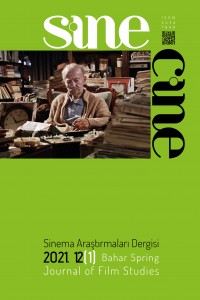