THE TV SERIES NAMES IN TERMS OF GRAMMATICAL FUNCTION

One of the important study areas of Onomatology is the Hrematonomy. Hrematonomy is a discipline which studies on socio-cultural motivation while naming of literary works such as novel, tale, poem; artworks such as painting, sculpture or any other works of art. Furthermore, it analyses the usage of language on those names. Series names, which might be accepted as written work regarding their formation, have also great importance with respect to usage of language as well as relation between language and culture. The aim of this study is to determine syntactic characteristics of tv series names. For this purpose, 576 names were selected from the series broadcasted from 1990 to 2020 on the most watched tvs such as ATV, FOX, Kanal D, Kanal 7, Show TV, Star TV and TRT 1 by simple random sampling method. Then those names were analysed and sorted out in terms of their grammatical perspective. In the end, it was determined that while naming the series it was made use of some word groups mostly. 126 names out of the determined 328 names are possessive construction and 127 names are adjective construction. Furthermore, there are junctions, superscriptions, interjections, abbreviations, interest groups and some other structures such as compound nouns and verbs. 87 names are composed of sentences and 10 names of elliptical clauses. The main purpose of this study is to contribute to onomatology by analysing structures of series names on tv which is still very popular mass media instrument and by considering reason for preference. 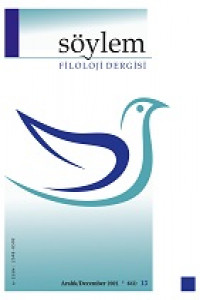