One of the most basic models in international transportation of goods is the transportation of goods by road, and the conclusion of an international agreement with large-scale participation in this field; It was realized with the 1956 Convention on the Contract for the International Carriage of Goods by Road (CMR). As of today, there are 56 parties to the Convention. On the basis of the CMR, it aims to establish legal security and clarity in land transportation by uniformizing the law to be applied in legal disputes encountered in international transportation. Turkey became a party to the CMR with effect from 1995, which can be considered quite a later date. On the other hand, compared to other international agreements that were party to much earlier history; CMR quickly gained an effective practice in judicial practice and reached a position where it can be applied practically in our country’s law with a large number of Supreme Court jurisprudence. As a matter of fact, it provided a significant source for the creation of the section titled ‘transport works’ in the fourth book of 6102 Turkish Commercial Code. In general, the liability regulated in the CMR, in road transportation, if the loss or damage of the goods subject to transportation has occurred as a result of the loss and the reasons for exemption from the liability regulated in the CMR have not been benefited; occurs as the carrier’s liability arises. In the first part of our study, a scope will be drawn regarding the application area of ​​CMR. Within this scope, the conditions sought for the carrier to be responsible for the cases falling within the scope of the study will be discussed. In the second part, the legal nature of the compensation that the carrier determined to be responsible for the damage is obliged to pay, its calculation, the scale applied to the compensation amount and the cases that expand the limited liability of the carrier will be discussed. 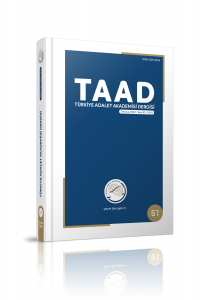