Through his influential theory of language, including the thought of “universal grammer” Noam Chomsky helped to initiate an new, structuralist approach in the field of cognitive science and philosophy of mind. Chomsky accepts language faculty as a distinctive mental achievement of human-being, in the context of his own linguistic theory based on Cartesian philosophy. In this respect, Chomsky has a very different approach to the language-mind relationship than previous philosophers before him. Therefore, this study deals with examining how Chomsky establishes a link between language and mind within the framework of linguistics theory, and emphasizing how important it is for people from different cultures and languages but wish to live together in the world. In this context, it is aimed to clarify the degree of contributions of language making to human mental processes, based on Chomsky’s thoughts in this study. For purpose, Chomsky’s thoughts on language-mind problems discussed in the history of philosophy will be examined by comparing them with empiricist views and dualist approaches. 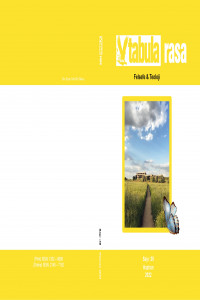