Unity of Science: A Historical Scientific Refusal to the Distinction between Nomothetic and Idiographic Science

The approach that asserts “two cultures/two sciences” in philosophy and history of science; divides science into two different categories: nomothetic sciences and idiographic sciences. This distinction, which has its origins going back to Kant, is a distinction between the nomothetic sciences (natural sciences), which include the establishment of general laws, and the idiographic sciences (human/cultural sciences), that include one-off and non- repeatable events. Rickert took this distinction further by equating scientific methodology with nomothetic and cultural methodology with idiographic. This article asserts that the belief in seperate “two cultures/two sciences” causes dilemmas in science, and the way out of this impasse is the “unity of science/uniqueness of science”. In this context, the article points out that “ontological” and “methodological” differences, which are inherent in science, should not preclude “epistemological” unity and emphasizes that in the epistemological sense, there is no difference in principle between the social sciences and the physical sciences. In this respect, the article as the main argument; conceptualizes the “discipline of history” as “historical science” within the unity/uniqueness of science, and propose it to be evaluated within this concept. 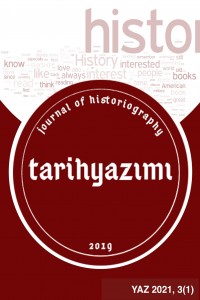