The contribution of the generation of Tâbi’un in the formation of Islamic sciences in general and in the development of hadith in particular is known. Various studies have been done on the quality of this contribution. Being a part of such an aim is among the targets of this study as well. Not to conducted any work on the hadithism of especially Abdullah b. Abbas' student and after him Atâ ibn Abi Rabah who the most famous teacher of the Mecca school was another encouraging reason. While examining the life and scientific personality of Ata who was one of the early personalities, it has been tried to reach some results with the information obtained from the sources from the first period, especially the fatwa and rumors belonging to him. Atâ who was leading an observable, active political life, lived in the intellectual and social turmoil that emerged in the early period. Atâ who drawing attention with his educator personality, added his own experiences to the scientific heritage he received from the companions in the first instance Ibn Abbas, and had been passed it on to the next generations. Being a fatwa authority in Makkah mufti and pilgrimage organizations for many years is one of his important experiences. In addition to being well-known for his devotion to the Sunnah, he has been taken place between those known among the generation of Tâbi’un with his fatwa and ijtihad. Ata, who is a critical hadith reciter, is accepted as the absolute authority in the hadith. The fact that he was one of the first to make talfiq in the hadith shows that he knew the diversity of the sources he reported and the many tarikh of the narrations. He wrote narrations and encouraged writing of hadith. He contributed to the development of hadith terms with some of the hadith concepts he used and drew attention with the abundance of mursal hadiths. 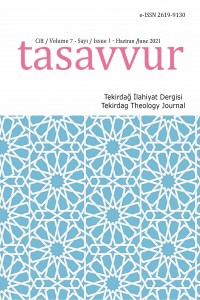