An Evaluation of Instructors and Curriculums in Tourist Guidance Programs

Purpose: In this study, it is aimed to determine the current status of the tourist guide education programs available at the associate degree in vocational schools and undergraduate level in tourism faculties at Universities in Turkey in terms of instructors and curriculum. Tourism guidance programs at the associate and undergraduate level were evaluated separately, and in this context, the data on the instructors, curriculums and foreign language lessons taught in the programs were evaluated. Method: In this research, a literature review was made on secondary data (undergraduate and associate degree programs). In this study, which was prepared as a source review and based on the data of 2020, secondary data on the official websites of the Council of Higher Education and related academic units were used. Findings: As a result of the analysis of the data, it was seen that the majority of the instructors who play an important role in tourist guide education do not have an academic degree in the field of tourist guiding. In addition, it has been determined that some of the curriculums are designed by focusing on the qualifications of the instructors rather than the program qualifications, and that the teaching of the courses specified in the Tourist Guidance Vocational Regulation is not taken into account sufficiently in the teaching plans. It has been observed that there is a focus in certain languages among languages, but there is no problem in offering a second foreign language as optional in general. Discussion: Findings of this study was evaluated according the findings and results of related studies in literature, the various suggestions have been put forward regarding the curriculums and the allocation of staff in academic units. Key Words: Tourist Guidance, Tourist Guidance Education, Tourist Guidance Curriculums, Tourism Guidance 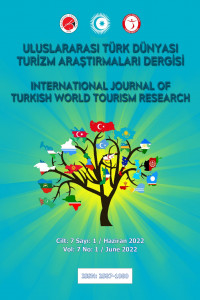