This study was carried to determine the species of birds in wetland of Balıkdamı Wildlife Development Area which is important biodiversity area, and the most important wetland of the Eskişehir Province. The observation was made in between 2017-2019. A total of 210 bird species have been identified from 47 families belonging to 18 orders. Point counting and line counting bird observation methods were used for the detection of birds in the area. According to the IUCN red list, one species was classified the endangered (EN), 2 species were the vulnerable (VU) and 7 species were the near threatened (NT). Passeriformes have been the most dominant team in the field with 96 species. This was followed by Charadriiformes with 31 species, Falconiformes with 27 species, Ciconiiformes with 13 species and Anseriformes with 10 species. In addition, it was determined to 103 species resident, 78 species summer migrant, 24 species winter migrant, and 5 species transit species. The factors that threaten the study area were determined and solutions were given in this study. While Todorna todorna and Sitta krueperi species are new species in Eskişehir, Phalacorax carbo, Anas clypeata, Anytha nyroca, Buteo lagopus, Aquila helica, Aquila chrysaetos, Tyto alba, Jynx toırquilla, Dendrocapus syriacus and Troglodytes troglodytes species are new species for the study area. The work area is in great danger due to intensive use and human activities, environmental pollution, habitat degradation and forbidden hunting. Prevention of pollution in the area, regulation of agricultural activities and taking control of illegal hunting are of great importance for the protection of birds. 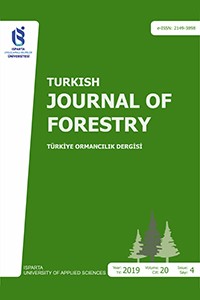