Being Israeli: The Difficulties of Developing a Collective Identity

Since its establishment, Israeli policy makers have made calls to all Jews around the world to come and settle in Israel in order to gain demographic balance of Jews vis-à-vis Palestinians and in order to consolidate the majority. This call has found echo among the Jews who lived within the Arab states in North Africa and in the Middle East. From 1950 onwards, those Jews emigrating to Israel have undertaken the biggest role in augmenting Jewish population in Israel. However, those Jews coming from different cultural background compared to Ashkenazim coming from Europe have also been the catalysts of the occurrence of an identity crisis in Israel. Today, it’s not inappropriate to claim that one of the Israel’s biggest societal problems is about the identity issue since this crisis of identity has huge effects not only in economics and politics but also in culture and education. It is very difficult to separate the Israeli identity from Jewish identity which carries religious connotations and this situation has enprisoned Israeli society into ‘Israeli nation’ and ‘Jewish people’ dichotomy which would culminate with the occurence of religious-secular cleavage in the end. Along with the religious-secular cleavage, Israeli Jews show differences socially and culturally which is another identity problem waiting to be solved. Even though, it’s not yet possible to make a clear definition of Israeli identity, an examination made upon cleavage lines might be expedient in understanding the structure of Israeli society. 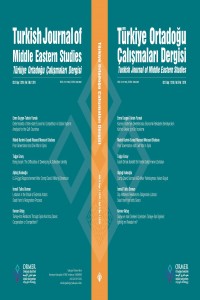