Scientific developments have triggered bleeding-edge technologies that have positive effect on the
life-quality of human-beings. One of these technologies is named as Augmented Reality (AR) which
also the thesis has focused on. The AR technology is defined as the mixture of reality and virtuality.
The AR technology that based on the combination of real space and/or object along with the virtual
object within the same platform, has aimed at getting more information for the interactive users about
the objects interacted with. AR applications can now experience a widespread deployment of mobile
smart devices and a large kit kit. This study aims to discuss the use of a new technique, AR
technology, as a tool in the representation and experience of interior space and the effects of user
experience on the activities of mobile indoor AR applications. For this purpose, we reviewed Android
and IOS-based seven mobile interiors AR applications by searching for 'augmented reality interior
design' on Google Play and Apple Store mobile stores as of February 2018. Therefore, both design and
designers and end users have tried to determine the use of these applications and their identified
deficiencies. In the future, AR is considered to be a powerful influence on the interior designer and
user axis, and is considered as a new technique and strategy that will contribute to the transformation
of the space concept into technology coexistence. The AR technologies, to be deemed as having strong
effect within the framework of interior designer and user, are evaluated as a new technique and
strategy that will make a significant contribution to the transformation of space concept in line with
the developing technologies. 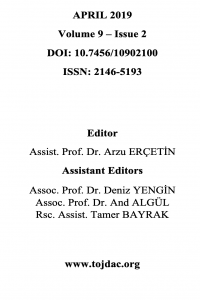