Industrial Football and The Use of Technology in Football

Football industry has been developed as a result of taking some strategic and systematic steps over the years. In that context, many factors including the recognition of professionalism, the construction of big stadiums, the interest of governments in football, the transformation of football into a symbol of nation-states, the development of new and football-related industries (betting, popular sports supplies, increased interest in the media, etc.) may be considered among the reasons of increased economic value of football.

As football has become more rapidly industrialized, football economy has also grown; a fierce competition environment dominated the football fields, and winning and being successful took higher priority than just playing and enjoying the game. Along with industrialization, football turned into an area of investment and has now been focused merely on achieving the result and having an income based on this result. As football turned into a result-oriented game, new practices emerged to minimize the mistakes.

In this article, the literature search from secondary sources was done. "It is necessary to use technology in order to protect the economic value of soccer, which has become a giant industry since the beginning of the 21st century, in many sectors." 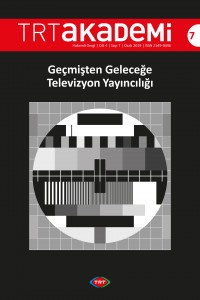