An Obstacle To Social Adaptation And Administrative Initiative In The Late Ottoman World: Alcoholic Beverages Addiction

Alcohol addiction is seen as a disease that threatens the will of the individual, the adaptation of the society and the soberness of the state. Alcohol addiction, which is a habit that moves people's knowing and acting activities in their extremes, has opened the door to insanity and violence with the division it has created in the self-consciousness and has legitimized the damage even to the closest ones. This legitimization also threatened society, the ideal form of the mature of unity, by violating the principle of being with others, which constitutes the marks of self-consciousness. When alcohol addiction, which threatens the health of the individual and the community, also infected some officials and executives who are representatives of the state sobriety, administrative initiative could not work according to the law of the people, which also opened the door to the elimination of the possibility of statehood in the local area. This research focused on how the aforementioned titles were destroyed by alcohol addiction, and the picture in question has been tried to be embodied by making use of the studies, especially the period documents and chronicles written by historiographers. 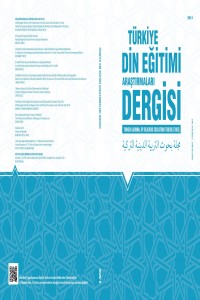