Twenty-two surahs between the Surahs of Duha and Nas constitute the last part of the surahs of the Qur’an. These surahs have an important position as the suras that are read and memorized first in the education of the Qur’an, especially in prayers. Although many Islamic sciences are used while interpreting the Qur’an, one of the sciences used in tafsir is the science of recitation. Although the science of recitation has an important place in the field of Islamic sciences, it is at the forefront of the sciences that are considered necessary especially for commentators. In this context, in the work named Zad al-masir fi ‘ilm al-tafsir, which we have done as the subject of our research, the author Abū al-Faraj Ibn al-Jawzī uses the recitation differences throughout the commentary. In this study, the differences in recitation in the surahs between Duha and Nas in the tafsir of Zad al-masir will be examined. In this framework, a classification will be made with the thought of forming a basis for the differences in recitation, and the recitations will be explained as authentic and non-authentic. Then, the different recitations included in the tafsir of Zad al-masir under two titles as Duha and Hümeze and Fil and Nas will be cited, and in the conclusion part, Ibn al-Jawzī's approach to recitations in the context of these surahs will be tried to be detected. As a result, it will be understood that Ibn al-Jawzī gave place to many recitation differences, both authentic and unsound, in the surahs between Duha and Nas. 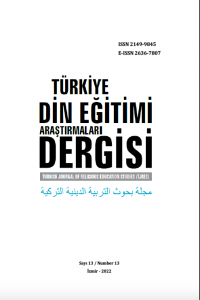