Importance: The scripts, which was motivated by recording the information, had played an important role in information transfer to next generations, but it had not been to possible to move them for a long time due to the heavy writing surfaces. The formation of portable writing surfaces has also made the emergence of the periodicals possible in history.

Aim: In this study, which includes the process from the first communication needs of the humankind to the formation of different types of publications, periodicals are considered as a mass communication tools. For this aim, periodicals are also discussed in terms of the design values ​​they carry, as well as their roles in social break points in history.

Method: Multidimensional qualifications of periodicals are reflected in the content of the study. The examples of the study were selected from the steps taken in England and France for the periodicals to gain identity.

Conclusion: It is concluded that periodicals are born from the need of communication, which is the most basic need of humankind and cannot be evaluated independently from both technical and social transformations in history. Therefore, periodicals as graphical products are the reflections of ideologies and mass communication practices that have changed and transformed over the ages. 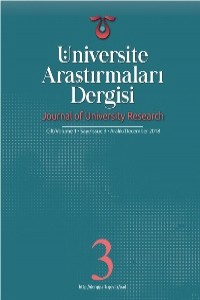