Is the Crisis in the Eastern Mediterranean: Is it About Energy or Sovereignty? 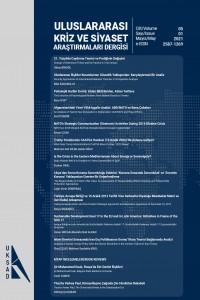