In Basrian Muʿtazila, the concept of warner (khāṭir) is principally considered as an element that imposes obligation on man. Warner instils fear within the obliged believer and prompts him to contemplate about the existence of God. Basrian Muʿtazila brings along two essential approaches on the content of warner: According to first approach, led by Abū ʿAlī al-Jubbāʾī, warner is a kind of conviction (iʿtiqād) or assumption (ẓann). As for second approach, defended by Abū Hāshim al-Jubbāʾī, warner is speech (kalām). Besides, the Muʿtazilites discuss the prerequisites to enable goodness (ḥusn) of warner. Accordingly, warner should comprise fear so as to make one abandon reflection (naẓar), it should express why reflection is obligatory (wājib), include the imperativeness of other obligatory issues because of reflection, and express such imperative knowledge within a certain order. Besides, Muʿtazilites argue whether a contrary warner, in other words, a warner which abolishes the obligation of reflection that takes one to knowing of God (maʿrifat Allāh), is possible. Some views put forth theoretical possibility of such warner, even though it is widely considered impossible in practice. 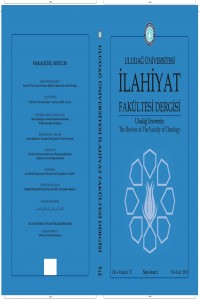