Invertigation of Kinesiophobia According to Various Variables

The aim of the study is to examine the kinesophobia levels of sedentary individuals in terms of various variables. The research has been done in scanning model. A total of 114 volunteers, aged 17-60, with prolonged pain in various regions, participated in the study. Tampa Kinesophobia Scale was used to collect data. Since the data did not show a normal distribution, Mann Whitney U Test was used for analysis between two variables, and Kruskal Wallis H Test and Post-Hoc (Tamhane's T2) test was used for analysis between more than two variables. When the total scores on the Tampa Kinesophobia Scale were examined, no significant difference was found between men and women. A significant difference was found in the total score between secondary school, high school and university in terms of education. When we examined the groups divided into lawyers, students, engineers, teachers and others in terms of occupation, a significant difference was found between the groups. While there was no difference in kinesiophobia between men and women in patients with chronic pain, it was observed that educational status and occupation affected kinesiophobia. 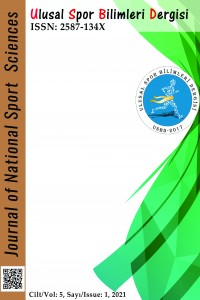