The aim of this study is to determine the place of story writing teaching in Turkish teaching programs and to provide a perspective to program preparers and those who are related to the subject. The study was carried out in qualitative model based on document review. The programs were examined in detail by the researchers in line with the literature review and the opinions received from three field experts. Not only the writing parts of the programs, but all of them were examined and the elements that support story writing teaching were included in the findings, regardless of the learning area. Skills related to the whole of writing, not just story writing, such as spelling and punctuation skills, were not included in the findings. After the findings were completed, they were presented to the opinion of three experts again, after their approval, the lists were finalized and tabulated. As a result of the research, it was found that the outcome statements related to the teaching of story writing were included under different titles in the programs and did not change at the level of the classes, the program with the most elements was 1981, the program with the least elements was 1924, the programs showed significant changes in terms of the number of gains / elements and the programs showed significant changes. It was observed that it was weak in teaching story writing. In line with the findings and results obtained at the end of the study, suggestions for program preparers and researchers were included. 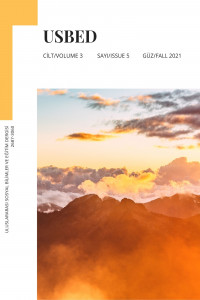