Effects of herbal extract mixtures on performance, carcass yield and some internal organ weight in broilers

This study was realized to determine the effects of the mixture of herbal extracts added to broiler rations on performance carcass parameters and some internal organ weights. In this study, a total of 192 mixed-age broiler chicks (Ross 308) were divided into four groups, each with 48 chicks. The groups were divided into 4 subgroups, which included 12 animals. In the trial, groups were composed as control and three treatment groups. Basal diets were supplemented with herbal extract mix (HEM) at 1 g / kg, 2 g / kg and 4 g / kg levels, respectively. The experiment was continued for 42 days. The end of the experiment, performance parameters of HEM added to rations did not create statistically significant differences on cutting parameters and internal organ weights. In the study, it is thought that the extract was no effect on performance values is due to active molecules of the extract and the level of application to animals in broiler rations. As a result, it was concluded that the herb extract could not cause significant changes on the growth performance, carcass and internal organ weights, but determined the doses of the optimum mixtures of these additives and it would be beneficial to research the effects of the animals on different doses at different periods. 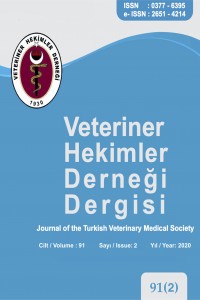