In this study Scale of Perception About Theologians’s (SPAT) reliability
and validity analyses are presented. SPAT has been developed in
order to determine the perspectives of people to the theology faculty
teachers, students and alumni. Two main applications were carried
out in the study except the pretests. The data of the first study on
519 people over the age of 18 were subjected to factor analysis and
as a result a 5-item two-dimensional scale structure was obtained.
The obtained 15-item and 2-sub-dimensional structure were
subjected to confirmatory factor analysis. This second study was
performed on 198 adults over 18 years of age. By the confirmatory
factor analysis, the following fit scores were obtained: X2 / df =
2.61, RMSEA = 0.079, RMR = 0.054, NFI = 0.95, NNFI = 0.96, CFI
= 0.97, IFI = .97, RMR = 0.078, SRMR = 0.054 ve GFI = 0.89. The reliability coefficients of the scale (Cronbach’s Alpha) were .862
for the first sub-dimension, .865 for the second sub-dimension and
.905 for the whole scale. And the correlation between the two subdimensions
(Pearson Correlation) is .62. The values revealed show
that the SPAT is a highly reliable and valid scale. 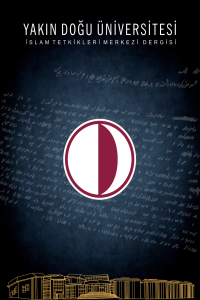