The notes kept during the pilgrimage journeys and the observations, impressions and determinations of the authors provided the formation of the type called pilgrimage travelnames. Many examples of this species have been written both in and outside the Anatolian area. Tatar Turks are one of the societies in which writing works with pilgrimage content outside Anatolia has turned into a literary tradition. In this study, the Haj Seyâhatnâma of Musa Jarullah, a Tatar thinker, will be discussed. The manuscript is registered at 06 Mil Yz A 5924 in the National Library Manuscripts Collection. Seyâhatnâma is located on the sheets 1a-28a of a notebook, all of which are 66 sheets. The countries and events on the route are presented with careful observation in the sea route. In the work, many countries such as Saudi Arabia, Yemen, Egypt, England, Russia, India, China, especially Turkey; important figures such as Ataturk, Ibn Saud, Muhammed Asadullah, Karim Khakimov, Ferdinand de Lesseps; important observations about the Suez Canal, the Istanbul Strait, the Maghrib Strait and the Cenup Strait and the holy lands are included. 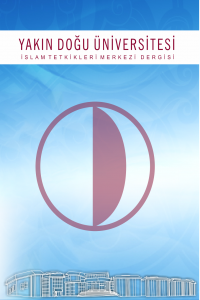