In a blended learning environment, the effect of 5E model which was adapted according to the focus of control to students’ academic success was examined in this research. The research was carried out in 2011-2012 academic year with two experimental and two control groups. Each group is comprised of Bozok University Vocational High School Computer Technologies Department, Computer Programming area consists of 104 students who take “Fundamentals of Programming-I” course which is in the first semester of 1st grade. Focus of Control Scale, Academic Success Test and Student Satisfaction about Blended Learning Environment Scale were used in order to collect data for the research. The academic success was measured with a pre-test post-test control group design. T-test, variance analysis (ANOVA) and covariance analysis (ANCOVA) were used in data analysis. According to the findings of the study, experimental groups had higher test scores than the control groups in academic achievement test. Moreover, it was found out that experimental groups had higher retention test scores when compared to the control groups.

Use of technology in constructivist approach 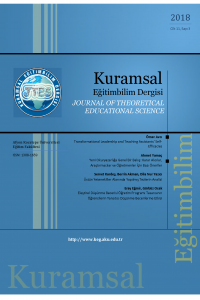