Ciris herb and its use in Turkish cuisine

Despite the fact that nearly 10,000 plant species grow naturally in our country, they are not adequately evaluated as a natural pharmacological agent. This plant, one of these plant species and known in Turkey as ‘’ ciris plant ‘’, it is a member of Asphodelaceae family and Asphodelus genus. The leaves of the ciris plant are similar to the leaves of a leek; but it is quite small compared to leek, and in most areas it is called ‘’wild leek, rose, yeling grass and yellow lily’’. It is a perennial plant that is found in some parts of Africa, Arab countries, Egypt, Turkey and Europe. Ciris is grown in the mountains of Eastern Anatolia and Eastern Anatolia in our country. It is known that the Turkish cuisine is used especially in these regions in the local dishes. In this review, it have been given general information about the Ciris herb and its use in Turkish  cusine. 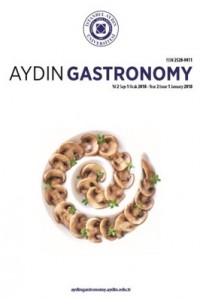