In this study, the moderator role of early maladaptive schemes in the relationship between spirituality and tendency to violence was investigated. The sample of the study consists of 446 people from 5 different high schools on the Anatolian side of Istanbul. The data of the study were obtained by using the Attitude towards Violence Scale, Spiritual Orientation Scale and Young Schema Scale Short Form-3. Data analysis was done with SPSS 22.0 and AMOS 20.0. Moderator analysis was applied to the research data and according to the results of the analysis, it was found that the dependence/incompetence, enmeshment/undeveloped self and punitiveness schemas, which are among the early maladaptive schemas, had a moderator role in the relationship between spirituality and violence tendency. Youth's tendencies towards violence and violence are among the most important issues that have started to be discussed in various societies. So much so that it is normal to encounter situations related to violence in all segments and levels of society. Especially in adolescents, this phenomenon of violence manifests itself more clearly. It is an important issue to identify the underlying factors of violence, which is more common among young people, especially in the community. It is known that important studies have been carried out in the context of state policies and researchers in order to reveal the reasons for this important issue. According to some schools dealing with psychology science, childhood experiences have considerable effects on the individual. Childhood negative experiences include many factors and are examined separately. When examining the underlying causes of the tendency to violence in young people, it is thought that working with early maladaptive schemes will significantly contribute to understanding the subject. Especially determining the effects of early maladjustment schemes will contribute to positive studies and planning for the future youth.
Research Model
This research is a relational survey model, which is designed to examine the relationship between various variables among quantitative research methods and to test the direct and indirect effects between these variables. Structural Equation Model (SEM) was used to achieve this goal.
Working group
In this study, the study universe was used because it is difficult to reach the general population. Accordingly, the study universe of the research consists of high school students who continue their education in the Anatolian side of Istanbul in the spring semester of the 2018-2019 academic year. In this context, the necessary permissions were obtained to conduct the research and the application was made in the determined schools by the school counselors.

How Does the Sense of Closeness to God Affect Attitudes toward Refugees in Turkey? Multiculturalism and Social Contact as Mediators and National Belonging as Moderator 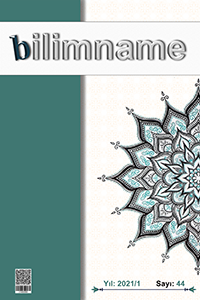