According to the Cooperative Principle , within the scope of Pragmatics, a field that studies the effect of context in the language use in interaction, speakers are expected to comply with the principles of Quality, Quantity, and Relation, and Manner, which are called the maxims of conversation. However, these maxims are not always complied with during communication. Utterances are communicated and interpreted through implicatures; thus, communication continues without a breakdown. Our study aims to reveal whether there are situations in which the native speakers of Turkish flout these principles in daily conversation, which is a type of disobeying the maxims, and also if they are flouted, which maxims are flouted most frequently. Accordingly, the database determined to answer the research questions consists of the recordings of the three different daily conversations lasting 180 minutes. The findings obtained through the analysis of the database, in line with the literature, show that the principle that is most frequently flouted by the speakers is the maxim of relevance. According to this finding, Turkish native speakers convey their intended meaning through conversational implicatures by making use of the context, as expressed in the Relevance Theory which argues that the degree of relation in conversation is governed by contextual effect and processing effort. They make flout the principle with the presupposition that their listeners will comprehend the meaning in line with their intended one; in fact, the communication continues. The least flouted maxim is found to be the Maxim of Quantity in our database. In this respect, it can be asserted that Turkish native speakers opt for giving relatively sufficient information in daily conversation. 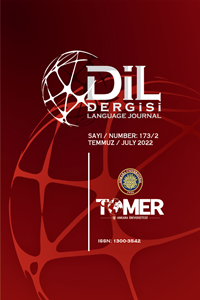