The cybernetics theory, which was developed in the field of mechanical sciences, is based on the principle of supervision and management of machinery and human beings through feedback. Norbert Wiener, author of the book which we are introducing, is one of those who had a significant part in the development of the theory. Wiener makes an attempt to adapt the cybernetics theory, which was designed on machinery, to society or social organizations. Cybernetics is based on the concepts of communication and control. Everything in nature, including society, is inclined to disappear or become irregular, which is called entropy. Society should improve its ability for feedback and control to be able to withstand entropy. Wiener’s cybernetics theory argues that it is an encompassing theory for societies. Although cybernetics has served as a base for some approaches in communication, it has not been developed adequately enough to be used in explaining societies. Therefore, we are of the opinion that the cybernetics theory is more appropriate for an analysis of small groups or small-scale social organizations. 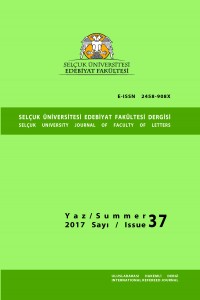