A COMPARATIVE ANALYSIS OF PALESTINIAN AND JEWISH PUBLIC OPINIONS: THE CASE OF 2008 GAZA WAR

Industrial revolution has influenced not only the structure of economic life but also that of socio-political life. The consequences regarding socio-political structure were the creation of mass society and then mass communication. These two breakthroughs are followed by the emergence of the concept of public opinion since the masses has become a political force by themselves; hence the people were important components for the politicians to win the elections or to reproduce a new political reality with the support of public opinion. In line with this background, this article examines as the case study the Palestinian - Israeli conflict. The aim of the study is to demonstrate that two camps of the conflict attempt to represent the actions of other in a negative manner, in a disadvantaged position in the media and thus help to create a public opinion unfavorable vis-à-vis each other. To verify this hypothesis, the process after the Gaza War which took place on 27 December 2008 would be analyzed through the comparison of the news appeared on the chosen Palestinian and the Jewish media networks in that period. 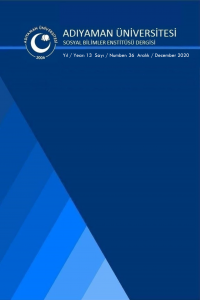