Aim: The incidence of breast cancer in men is less than 1% and it is very rare. Unlike women, its incidence increases with age. In this study, we aimed to evaluate the clinicopathological features, surgical and reconstructive techniques, adjuvant treatments and clinical results of breast carcinoma in men. Material and Method: Breast cancer patients treated in Eskişehir Osmangazi University General Surgery Clinic and Eskişehir Yunus Emre State Hospital General Surgery Department between January 2010 and August 2020 were retrospectively analyzed. Results: 16 male breast cancer cases were found. Clinical, pathological, adjuvant therapy, recurrence and survival characteristics of the patients were examined. The median age was 62 years. The most common presentation type was a palpable mass (68%) in the retroareolar region (62%) of the right breast. Hormone receptor positive staining (75-95%) and nuclear grade 2 (62%) were common features. Curative surgery was performed on 15 patients. Palliative toilet mastectomy was performed in 1 patient due to distant metastasis. Modified radical mastectomy (MRM) (88%) was performed as the most common surgical procedure. Reconstruction was performed with a musculocutaneous flap in one patient. Median follow-up time was 53 months. During the follow-up period, 3 patients (19%) had local recurrence, 6 patients (38%) died. It was recorded that 4 patients (25%) died due to cancer. Conclusion: Breast cancer in men is rare and can be confused with benign diseases such as gynecomastia. Therefore, the disease is usually detected at an advanced stage. Consequently, local recurrence and mortality rates are observed to be higher. This requires the attention of men and improving awareness of the prevalence and risk factors of this disease. 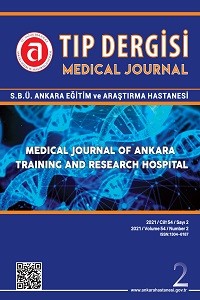