In the bipolar system led by the USA and the Soviet Union with the beginning of the Cold War, one of the biggest issues between states was the security issue. In this direction, both the USA and the Soviet Union formed their own security organizations. Established in 1949 against the Soviet threat, NATO was an organization responsible for ensuring the security of its member countries. After the end of the Cold War, NATO started to question the reason for its existence with the disappearance of the Soviet threat and aimed to gain itself new missions. During this period, both regional and feel that the increase in global threat Turkey, with the inability to get the support that is expected from NATO and the United States because of the air defense system in order to obviate the need in 2017, the Russian S-400 has been agreed that missile defense systems. successor of the Soviet Union that are members of NATO and Russia to ensure turned agreement with Turkey's defense system within NATO have been met negatively by both the United States. In this study, Turkey's while subject to changing security perceptions in during and after the Cold War, after the S-400 deal, Russia which areas in their relations with the US and NATO What opportunities / threats / collaborations will try to provide might produce. Also in this study, in respect of S-400 air defense systems in Turkey, the US and how a balanced policy in bilateral relations with Russia will try to show that trying to run. Turkey's national security policy when determining how and where the equilibrium position will be evaluated on issues such as whether it is in search of a new way. 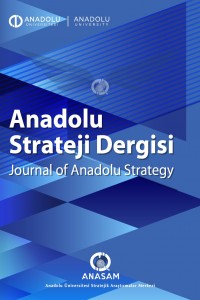