Local Tourists' Self-Comparison with Foreıgn Touristsa and Feeling of Segregation

Current study aims to enlighten how local tourists in Turkey compare themselves with foreign tourists and which themes they feel segregation. Secondarily, inferences on possible causes of this segregation feeling have been made. For theoretical base, social comparison paradigm and Napoleon complex with superiority-inferiority dilemma are borrowed according to their suitability. Data is obtained from TripAdvisor platform between August 28 and September 14, 2021, since this research has a netnographic approach. As findings propose, there are two themes of segregation which are consumer based (target market choice, pricing, quality determinant, service) and sociological based (general behavior and attitudes, valuing cultural and historical assets, environmental sensitivity). The main four factors that triggers the segregation feeling and potential local tourist complex are local businesses, servers, foreign tourists, and other local tourists. Local tourists feel segregation and relegation particularly in consumer-based themes. It seems this led to a vengeful attitude among local tourists. However, for some local tourists, other local tourists should be criticized specifically for their expectations. 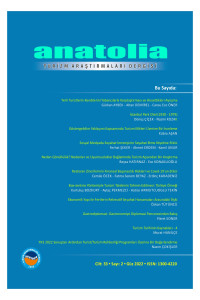