The province of Bitlis is located on the Eastern Anatolia, on a natural passage formed by the Bitlis Stream. It has strategic importance since it has controlled trade routes since ancient times. Bitlis houses, built with smooth cut stone and flat earthen roofs, have a unique architectural understanding. The houses are built in such a way so as not to obstruct each other's views. In the process, the interventions that were not suitable for the traditional texture caused the deterioration of the urban texture. This study aims to identify the conservation problems of the civil architectural examples that make up the traditional texture in the city center of Bitlis and to develop suggestions for conservation and reuse. In the study, the situation determined by the conservation- purpose zoning plan analyses made in 1998 to preserve the traditional texture of the Bitlis city center and the current situation were compared, and the preservation problems of the traditional texture were determined. It has been observed that the basis of the protection problems are the negative interventions of the users on the buildings for various reasons, economic insufficiencies, unconsciousness, and the decision makers not taking precautions in a timely manner. As a result, conservation and reuse proposals have been developed to preserve the traditional residential fabric. 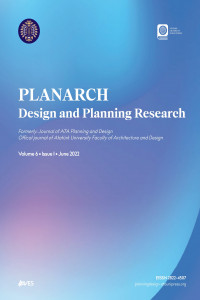