Script, called by various names in Hejaz region in the early stages of Islam, mostly called as Kufic. While same type of Kufic was being used in Eastern regions, Maghrebi Kufic which is a little different than the original Kufic was preferred in Andalusia and Maghreb. Different font types were derived from Kufic style in Islamic World later on and they superseded this style. People in the region began to become Muslim starting with the spread of Islam in North Africa have shown diligence and Mushaf writing gained importance. It can be seen that statesmen such as caliphs, sultans, ameers and viziers were the biggest supporters of development and deployment of writing. Many scribal, calligraphers and stationers were raised in Maghreb and Andalusia. In addition to these, art of decorations, book copying and bookbinding were developed. Andalusian stationers had been the most adept stationers of all in those times. As with most of artists, biographies and works of many artists who were raised in this region could not reach us sufficiently. Muslims have strived to construct mosques for worship, spread sciences such as Quran, Hadith, Fiqh and cultivate virtuous people using these sciences in human life. 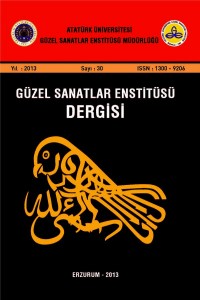